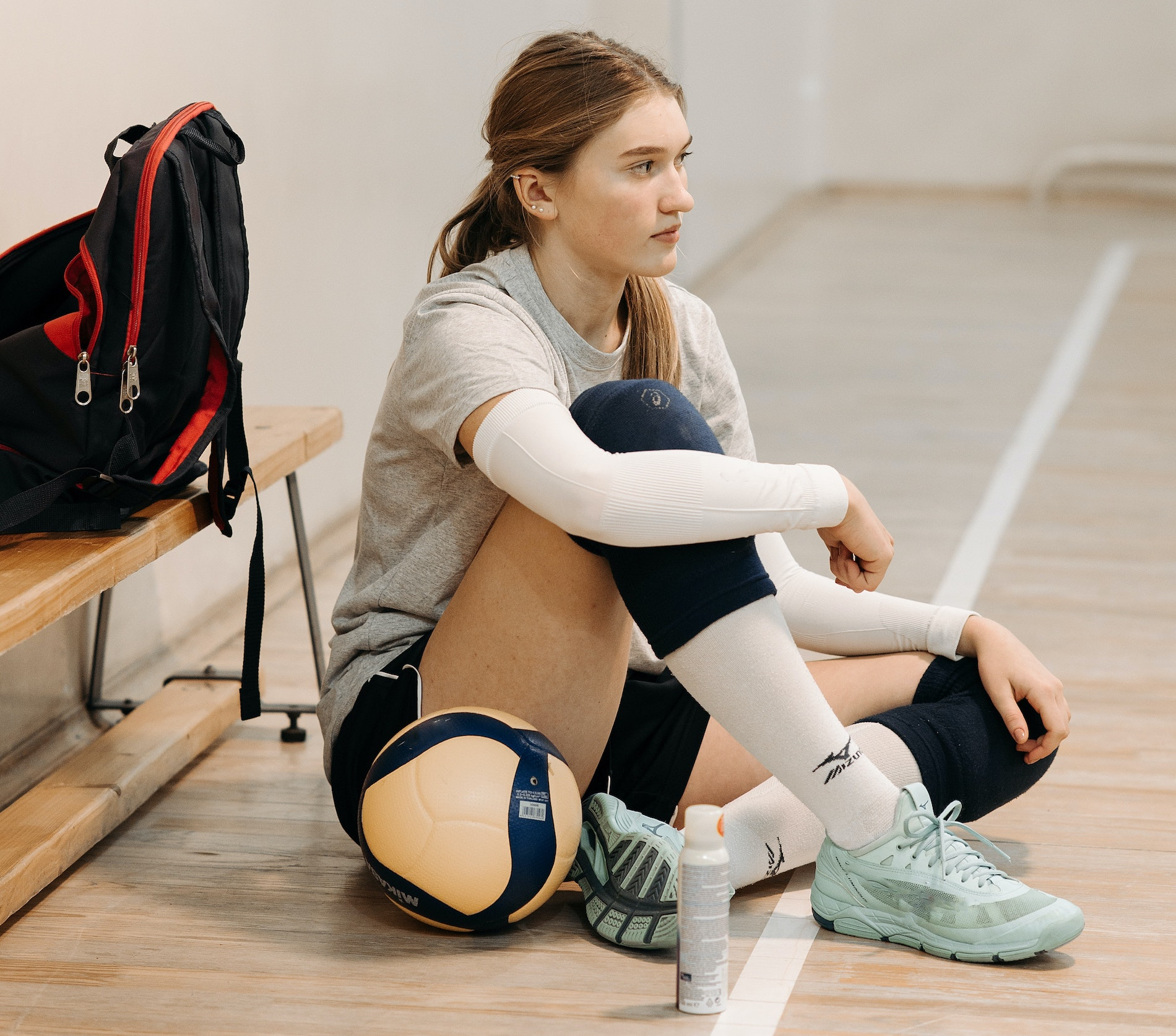 Don't have a team?

Don't miss out. Sign up as a Free Agent and we'll connect you to our coaches.

Meet new people, make new connections, strengthen friendships or build new ones, and have an incredible time while doing so!

Level of play ranges from beginners to experienced veteran, so everyone fits in.

Matches will be played weekly on Sundays.

[Rule 2] No player is permitted to make contact with the ball higher than the top of the net on an opponent’s service.

[Rule 3] Serve may be returned by any legal hit; no attacking a serve from the front row.

[Rule 4] There is a maximum of three hits per side; a block does not count as a hit.

[Rule 5] Player may not hit the ball twice in succession (a block is not considered a hit).

[Rule 6] The ball may be played off the net during a volley and on the serve.

[Rule 7] No player is permitted to make contact with the ball higher than the top of the net on an opponent’s service.

[Rule 8] Contact with the net (by any part of the body) is only a fault if contact is made during the action of playing the ball or if it interferes with play.

[Rule 9] A ball that touches any part of a boundary line is considered “in”.

[Rule 10] Teams are permitted only one 30-second time out per game.

[Rule 12] A legal hit is contact with the ball by a player’s body above and including the waist, which does not allow the ball to visibly come to a rest. Hitting the ball illegally (carrying, palming, lifting, throwing, etc.) is a violation.

[Rule 13] If two or more players contact the ball simultaneously, it is considered one play and neither player involved may participate in the next contact, but if another contact is available either player can be involved.

[Rule 14] Everyone must be within the lines on the court during the serve.

[Rule 15] A player’s foot can be on the centerline but cannot cross all the way over, unless it is a matter of the other team’s safety. No part of a player’s body may initiate contact with the net. A player cannot reach under the net if it interferes with the ball or the opposing player.

[Rule 16] Switching positions will be allowed only between front line players, and only after the serve.

[Rule 18] Rally scoring will be used. (A point will be scored every time a team wins a rally.)

[Rule 21] Winner of the match will be the team that wins 3 or more games.

[Rule 22] Server must serve from behind the end line, or service line.

[Rule 23] The server may not serve until the referee has blown the whistle.

[Rule 24] Ball must be served underhand and must be clearly visible to opponents before being served.

[Rule 25] Served ball may make contact with the net and drop to the other side for point.

[Rule 26] First game serve will belong to the home team; each subsequent game the serve belongs to the loser of the previous game.

[Rule 29] A serve that hits the ceiling is considered out.

[Rule 27] Team shall rotate in a clockwise manner each time they win the serve.

[Rule 28] There shall be a minimum of 4 players and a maximum of 6 players on each side.

[Rule 29] Player rotations consist of entering a player of the same gender as the player exiting. Alternate Replacements will rotate in and out as a male player. Players will rotate off the court from the front right corner of the court (position 2) and rotate in to the server’s position (position 1).

[A] TEAMS: Before a team can participate, they must have completed the online registration and the fees have been processed.

[C] VERBAL ABUSE: will not be permitted, whether against umpires, coaches, teammates, opponents, fans, or league personnel. Verbal Abuse will be defined as any person who forcefully criticizes, insults, or denounces another person; or communication characterized by underlying anger and/or hostility; or a destructive form of communication intended to harm the self-concept of the other person and produce negative emotions.

[A] A roster may have Gender Imbalance (if they have more female players than male). If a roster is gender imbalanced, before each game the coach must designate which players will be the Alternate Replacements for Male Players so that there is a balance of genders for that game. The Alternate Replacements will be treated as male players for that game. This may not change during a game (except as necessary due to injury) but may vary from game to game. Players who arrive late are eligible to play as soon as they arrive and may enter the game as the rotation allows.

[B] Players may play on one team and play as a substitute/fill-in on other teams, however, no one can play on more than one team until they have legally registered on one team in the league. A team who has enough players to play with a full lineup of 6 players may only pick up one player as a rotation substitution for each gender. If a team is short on the number of necessary players of either gender, they may pick up the number of the deficit to be legal, plus 1 more of each gender as substitutes.

[A] Teams are responsible for their own uniforms. There is no enforcement on matching colors, but players should have a number. Players may wear pants or shorts at their discretion, as long as the shorts are appropriate in style, modest in length (not extremely short) and demonstrate decorum.

[B] Players wearing knee pads while on the court is optional, but recommended. Players may not wear knee pads at their own risk.

[C] Players must wear shoes (appropriate shoes) at all times. .